Usyncro joins the “Goods on the train” campaign 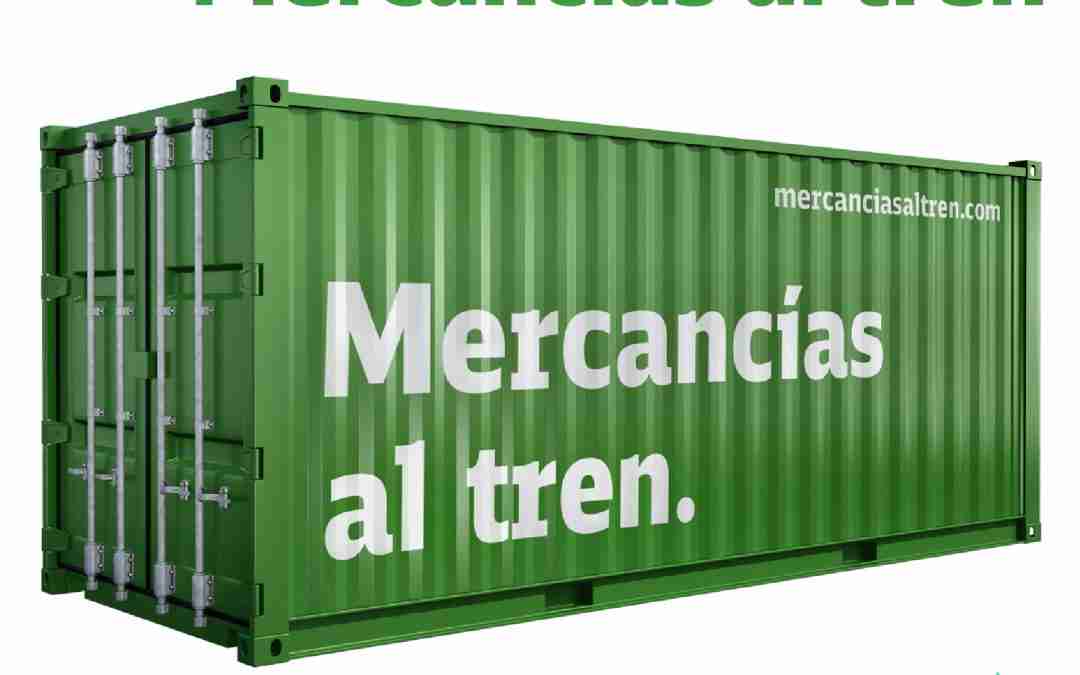 We joined the “Goods by Train” campaign, as a sign of our commitment to sustainability and multimodality. This initiative, led by Transfesa Logistics, shows the commitment of all member organizations to the decarbonization of the transport sector, moving towards sustainable mobility and promoting railroads as a key means of combating climate change.

“At Usyncro, we are convinced that collaboration is the key to achieving more efficient supply chain management. We join this initiative with the firm conviction that rail must be another player in the multimodal strategy towards a more sustainable transport”, comments Cristina Martín, CEO of Usyncro.

With this adhesion, “Mercancías al Tren” takes a new step in its ambitious mission to achieve a decarbonized and environmentally committed transport sector. The aim of the campaign is to reduce road traffic, protect the environment and reduce CO2 emissions with rail freight as a key ally. The same transport by rail emits 80% less CO2, replaces up to 52 trucks – which means less congestion on highways and roads – and reduces external costs by up to 50%. Spain has had a 4% share of rail freight transport for 15 years. To break with this average and reduce CO2 emissions in the sector by half by 2030, this campaign seeks allies with whom to raise awareness among public institutions, companies, organizations fighting climate change and society in general of the importance of increasing this quota. A campaign with strong support “Goods on the train” is a European movement that was first launched in Germany and the United Kingdom, and now reaches Spain. After its first stops in Valencia, Alicante, Barcelona, Logroño and its participation in the Rail Live! fair – congress in Madrid, it is now preparing to continue its tour to other regions. The campaign has been very well received by companies and institutions that see the train as the solution to decarbonize transportation. This initiative was promoted by the railway company DB Cargo and supported in our country by its subsidiary in Spain, Transfesa Logistics together with Renfe Mercancías, as well as Ermewa, Medway, Port of Valencia, Stadler Valencia, Adif, Anecooc, Valencia City Council, AM FRESH Group, the European Parliament, the Fundación de los Ferrocarriles Españoles, the Consejería de Política Territorial, Obras Públicas y Movilidad de la Generalitat Valenciana, Martinavarro, Logitren, Low Cost Rail, Railsider Logística, Rail Live, SanLucar, The Climate Reality Project Europe, Tobsine España S.L., VTG, Port of Alicante, ECODES, Equimodal, J. Lanfranco, IN-MOVE, by Railgrup, Navlandis, TMS and, since last July, Usyncro.

This action is in addition to the recent incorporation of Usyncro as a member of the In-Move clusterThis was an initiative to strengthen the competitiveness of industry and the railway sector led by the then General Directorate of Industry, with the participation of the Department of Territorial Policy and Public Works of the Generalitat de Catalunya.