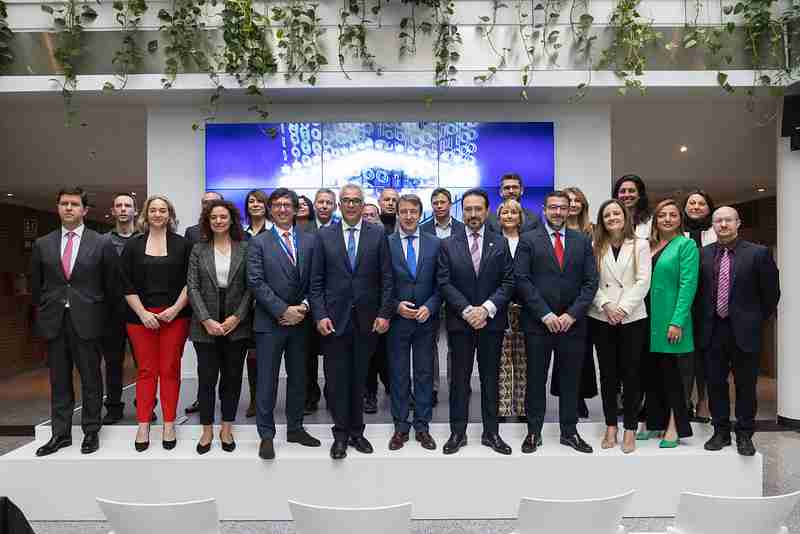 22 specialized leading organizations make up the founding team promoted by the Community of Madrid to develop blockchain technology in the region.

Among the members that make up this initiative is Usyncro, the platform that coordinates all the actors in the supply chain using blockchain technology and artificial intelligence. The initiative is promoted by the Community of Madrid and Alastria, as one of the co-founding entities, of which Usyncro is also a part, with Cristina Martín, CEO of Usyncro, a member of its board of directors.

The signing took place on April 28 at the headquarters of Thales Alenia Space Spain, in the presence of Carlos Izquierdo, Minister of Local Administration and Digitization of the Community of Madrid.

Members of the Blockchain Cluster of the Community of Madrid

Among the members that are part of the Blockchain cluster, Usyncro is the only company specialized in Logistics. In addition to Blockchain, Usyncro uses Artificial Intelligence in order to reduce errors and achieve greater agility in the management of documentation related to a shipment of goods.

Blockchain technology allows the documentation associated with an operation to be coordinated among all those involved in the operation through a single, distributed and synchronized record, accessible and verifiable by the actors involved in the transaction, including official institutions.

Usyncro uses a permissioned Blockchain that uses its network of computers (nodes) distributed worldwide, replicating the information that is generated in an automated way. In this way, the information is decentralized, more secure and traceable than with any other system. Any change in the nodes would affect the rest, thus leaving a record of activities and modifications on any shared information flow.